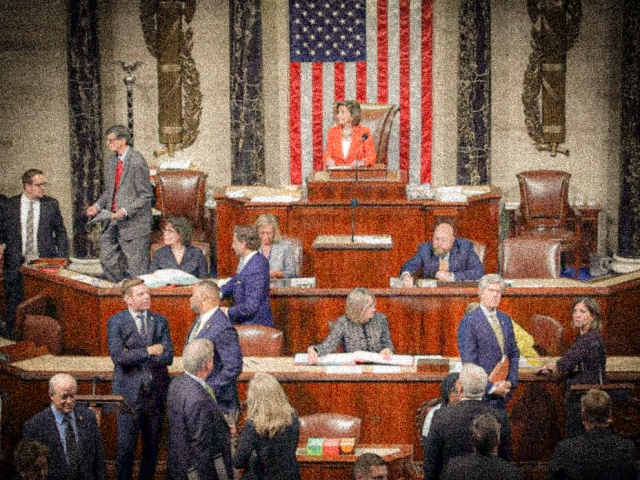 Given the historic moment we find ourselves  in, considering if the President has committed high crimes and misdemeanors, I’d like to review what that means.

“The President, Vice President and all civil Officers of the United States, shall be removed from Office on Impeachment for, and Conviction of, Treason, Bribery, or other high Crimes and Misdemeanors.”

Our Founders were in such a position. They knew we would write laws pertaining to crimes as they became needed, but they were not written yet. Additionally, Congress, our legislative body that enacts laws, is the very same body responsible for writing Articles of Impeachment and for conducting the Impeachment Trial. So Congress is the right body to determine if a President has committed an act that hasn’t been written into criminal law yet, but should be considered a high crime and misdemeanor. Our Founders added the phrase ‘other high crimes and misdemeanors’ to cover all possible bad things a President might do that deserve Impeachment.

Internal polling data is the contact list of potential voters for a campaign, plus information collected when people donate money, take their surveys, write the campaign, or interact with the Campaign in other ways. So it is all the data they collect on Americans, including names, addresses, phone numbers, social media account names, their policy preferences, their policy concerns, and other details.

This data on Americans was given to the Russians without the permission of the American People who provided that data.

There must be no law against giving American data to a foreign power without their permission, because Mueller knew that Manafort did this and wrote about it in his report, but he didn’t charge him with a crime for this. And frankly, why would there be? I don’t know any Russian Agents and I’ve never operated a campaign that a foreign power would be interested in. I’m willing to bet the same is true for you. This is not a crime the average American could pull off, so I wouldn’t expect there to be laws against this.

However, giving American data to a hostile foreign power to use against those same Americans is a violation of public trust. It is a betrayal. It is impeachable.

If we knew Trump had knowledge of and allowed Manafort to give that data to Kilimnik, we could impeach Trump for that. But Manafort didn’t cooperate with the investigation. In fact, he lied specifically about the transfer of this data, which is why his cooperation agreement was ended. As a result, we don’t know if Trump had knowledge of it, or if Manafort did it on his own. Trump obstructed the investigation by dangling a pardon to Manafort, so we may never learn.

Owning personal data on Americans and then giving it to a Foreign Power is not a crime. Obstruction of Justice is a crime. Both of these actions could also be a high crime and misdemeanor. We could Impeach for both of these actions, if Congress and The People supported it. Conversely, if a President jaywalks, that could be a misdemeanor, but it isn’t Impeachable. There is no way The People would get behind a trial for such a minor offense.

The difference isn’t if the crime is written into law or not written into law yet. The difference is if the The People and Congress see the act as highly unethical and wrong for a President to do, and if they will demand accountability for that action. Just as we vote a President in, if they do something we find to be very wrong while in office, or even if we find they did something very wrong to get into office, we can remove them by an Act of Congress supported by the Will of the People.

Presidents get their power from The People and The People can take that power away if we believe a President abused that power.

The remedy is Impeachment, which is really the American People saying, “You did wrong!”

The remedy can also be Removal from office, which is the American People saying, “You did wrong, and it was so bad, you don’t get to be our President anymore. We don’t trust you with that power!”

We, The People, decide if an action is a high crime and misdemeanor, and we do this by letting our Congressional Representatives know that our future votes for them depend on how they vote for the Impeachment. Congress can also Impeach and Remove a president against our Will, but it isn’t likely if they want to keep their position in Congress as they answer to the people at election time.

One caution though. If we do not Impeach the President for a certain action, we are setting a precedent that The People are okay with all future Presidents committing the same action. We may even expect the current President to be emboldened to repeat the action, or do worse next time, as wrongdoers often do. As the old saying goes, “Give them an inch and they take a mile.”

We should not Impeach frivolously, nor should we ignore real wrongdoing. We must evaluate the evidence soberly, with thought for how it will effect our government currently, and for centuries to come. Impeachment is a responsibility we must use wisely.

My advice for all Americans is to watch the Impeachment Hearings and the Trial, without prejudgment, and discuss it with your friends and family. Consider the consequences of allowing that behavior to continue, now and in the future, with our current President, or with future Presidents. If the behavior is unacceptable, then Impeachment and Removal is the remedy.

Call or write your Congressmembers to let them know your thoughts and that your vote for them is on the line.

Remember, our elected Representatives, including our President, get their power from us, The People. What we give them, we can take away. In fact, it is our duty to do so, if they abuse that power.

Citizen of the United States
Advocate for Democracy and Self-Determination

Thank you for visiting. I hope you will sign-up for more pro-democracy posts in the left-hand side bar of this site.